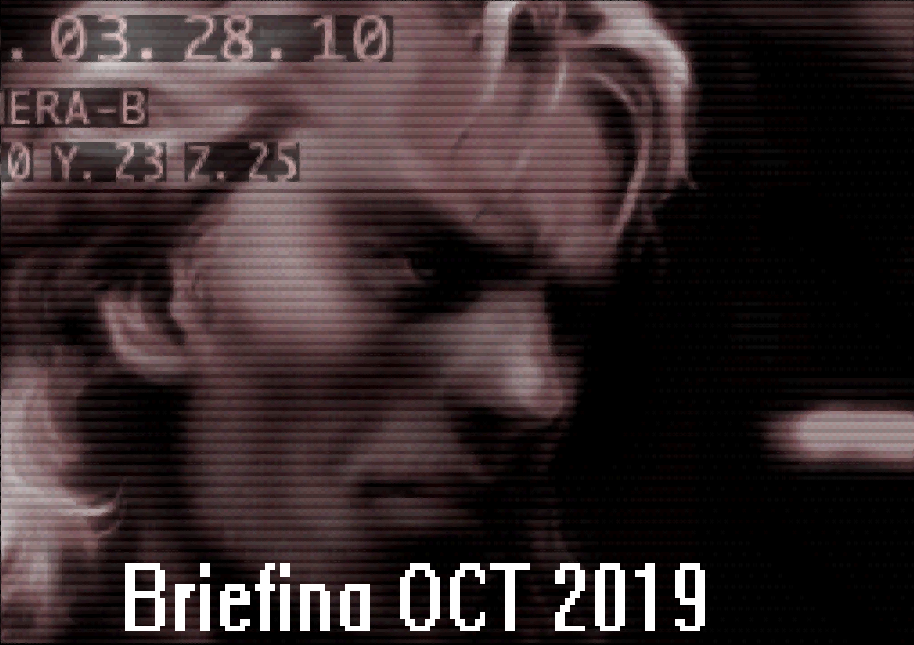 Here comes the second ever MGSR Briefing! Dear readers, don’t expect a sophomore slump, as we have some exciting news for you.

The Thunder of RaichuMGS is coming to AGDQ2020! Tactical Fundraising Action 3 in Support!

Big news came from the AGDQ2020 Game List, with the acceptance of RaichuMGS’s Metal Gear Solid 3 European Extreme submission! This will be the third time MGS3 will be at a GDQ event, the first being Molotov’s AGDQ2013 run, and Jaguar_King’s AGDQ2018 run.

To help Raichu get from Ireland to Florida, Tactical Fundraising Action 3 will happen December 7 and 8, 2019. Each day starts at 9:30 AM EST. You can find the full schedule at the Horaro link.

The first Metal Gear Speedrunner joined the Twitch partner program, Jaguar_King. After six years of streaming on Twitch,
Jaguar_King met the requirements for application, and Twitch approved it!

Thanks to Jaguar achieving partner, he made a Metal Gear Speedrunners Twitch Team! He will be managing the team.

The requirements to join the Twitch Team are as follows:

1. Length of Time in Community

You must run a Metal Gear game for at least four months. The date is based on your first published run.

2. Good Standing in Community
If you are banned from the discord or the MGSR Twitch channel due to your behavior, you cannot join the team. If you are already on the team at the time, you will be removed.

3. Interest in Metal Gear Speedruns
You do not need to play or run Metal Gear all the time, but you should have interest in continuing to run a game in the series.

4. Webcam Rule
If you have no capture card and instead record TV footage off of webcam, you cannot join the team until you get a capture card. If you run primarily on PC and Emulator, you can avoid this rule.

Want to join the team? Please fill out the form here!

For the Community Spotlight on November 11th, we’re going to be featuring some off the beaten path runs! You can choose some lesser-known categories of Skyrim, or Metal Gear Solid games you may not have seen speedrun before!

Metal Gear won a poll for a community spotlight, there will be three runs showcased on the GamesDoneQuick Twitch channel on November 11, 8PM EST! The runs are Metal Gear Solid: Peace Walker Co-Op by MiniOmegaKing and Pythonicus, Metal Gear Solid: The Phantom Pain Perfect Stealth No Kills by Metsametsa, and Metal Gear: Ghost Babel Normal Doberman by me.

Staff member Coppertank finally accomplished the task of routing both Acid 1 and Acid 2 on New Game+! The turn-based card games on PSP were longtime enigmas in the speedrun community, but thanks to his efforts, one of the last nuts have been cracked in the series. Due recognition should be offered to Casinocoin for his efforts on Acid1 NG, as well as MarlonH8 for providing the backbone analysis for Multi-segment for Acid1. I also helped Copper with the routing of both games, playing devil’s advocate to his routing method.

Coppertank finished his first run on NG+ Normal, with a 1:55:35 real time and 1:51:23 in game time on PPSSPP emulator! You can see it here. As far as what can be achieved? Coppertank thinks a run under 90 minutes could be achieved, stating, “I still think there’s a lot more that can be optimized.”

With this, all major releases in the series are routed in some way! That is nothing to be sour about.

Thanks to the efforts of ApacheSmash and myself, we have pushed the fastest times ever achieved in Metal Gear Solid 3 to 1:13:xx IGT and 1:12:xx IGT! ‘The End’ boss fight completely changed on Very Easy, as you can 1 cycle the old sniper on the first screen of the fight. Thanks to this and other routing changes (skipping Cig Spray, knifing The Fear, lethal Ocelot Unit, and others), Very Easy’s identity emerged.