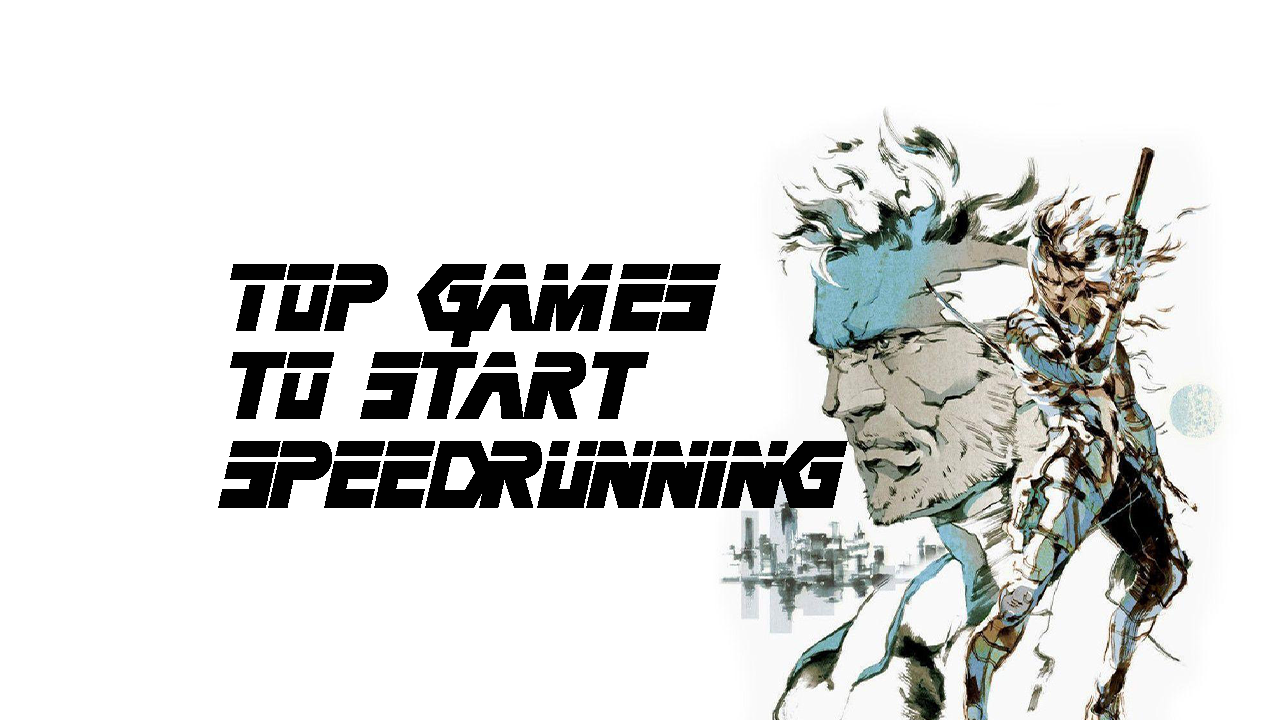 Are you contemplating which MGS game to run next? Are you new to the MGS speedrunning scene and not sure which run to learn first? Say no more, I’m here to the rescue (hopefully). Here’s my ranking of the most difficult to the most easy runs/categories. Just because I list a run as “difficult” doesn’t mean you should not even bother. It just means you’ll have to put a little more extra time to practice and learn the run.

A big criteria is I can only list games and categories I have run. There is only 1 exception to this rule below. There’s a big difference between a run being easy to learn and achieving a top time, or even world record. A game being ranked as “”easy to learn” does not mean it’ll be easy to get a top placed time. You’ll still need to put the time and practice. 9th place is the most difficult, while 1st is the easiest. Remember, this is all my opinion. If you don’t agree, make your blog post list. Let’s get started:

This run is long, punishing, and requires a lot of menuing. Being available only on ps3 is not ideal. The 16 minute of dead time in Act 3 following the resistance member will put you to sleep after your 4th attempt of the day. Compared to some other games (mgs2/3), the Big Boss rank run is vastly different from any%. Any% is much easier since the game throws enough rations at you that you’re never in danger of dying. Alerts carry from room to room but with so many cutscenes and sequence breaks, the alerts reset transitioning to another room most of the time.

The shorter a run is, the less room for error and time save available. This run consists of 7 ILs strung together for a full run. Some of these ILs are basically doing the IL strats in order to squeeze out every second of time save. The hardest missions are front loaded so the learning curve is steep. The run does get slightly easier in the later part of the run if you stick with learning the beginning.

The main reason: the controls. A classic game that aged like fine wine, except for the damn controls. The cell fight with Meryll is brutal as you pray she kills the soldiers. Eagle rank isn’t as bad since you can kill all the soldiers but Big Boss rank get used to resetting a lot. Resetting also means going through the docks, one of the most boring part of the run.

One of the longest runs in the series but not all too challenging to learn. I like to say it’s an easy run to learn but very time consuming. Memorizing the levels, order of levels, menu optimization can be a daunting task at first but practice makes perfect.

Much like ground zeroes, the hardest part of the runs are at the beginning. Ocelot unit, Ocelot, The Pain, and warehouse are a nice challenge to any new runner. Controlling Snake is like trying to control the Titanic. Get used to being stuck around corners as Snake’s hitbox extends longer than MGS4 plotholes.

An easier version of TPP speedrun. It’s a long run but most of the levels are ridiculously easy. Not too much menuing to memorize and the boss fights are a piece of cake. This is a run where it’s easy to learn but will take you a bit to get a top time.

Slightly easier than MGS3 due to easier movement with Raiden and slightly easier boss fights. Harrier and Rays are still tough to learn. Smaller rooms makes it easier to weave in and out. Not being forced to play on Game Over if Discovered makes for easier backups in case you get spotted.

Less than an hour run, not much RNG, great music, what more could you ask. Simple d pad 8 direction movement at its finest. The boss fights are fun but not too challenging. Following the soldier is the only down time for the run and the rest is high octane Solid Snake in his prime.

Interested in learning a MGS game but have 0 idea where to begin? Start on the easiest on any MGS game 1-4 and don’t look back. There are plenty of community members ready to help in all of these games. What makes very easy so attractive? The ability to finish runs. You’re not in danger of dying. You can finish runs in a single sitting fairly quickly even if it’s not a top time yet. It’ll give you a solid starting base early on your speedrunning journey and there’s nowhere to go but up.