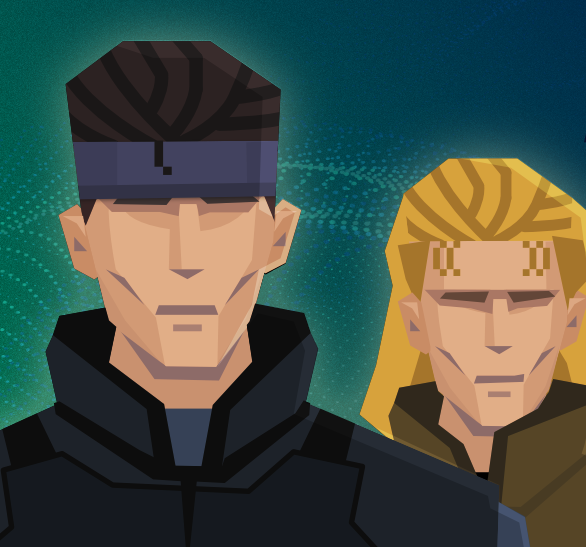 In the three+ years following the first MGS1 tournament hosted by MGSR, the game, community, and Twitch channel experienced remarkable changes. With the success of the 2020-21 MGS2 Very Easy League, the community wanted more! For the viewers and runners, the MGS2 league showed the promise of future competitive events.

Thus 16 players entered the MGS1 All Bosses League, played on the PC version on Easy difficulty. Not only is this the largest competitive event organized by MGSR, it gave a very needed shot in the arm to an underran category for Metal Gear Solid.

While we are in the bye week before the playoffs, let’s take a look at some of the players, the community’s favorite matches, and the overall impact of the League!

Structure of MGS1 League and its origins

The organizers of MGS1 league (dlimes13, Plywood, and Tyler2022) learned much after the MGS2 league. The main issue being the length of the event. Due to the round robin structure involving 11 players, holiday bye weeks, and a playoff period, the league lasted from October 2020 to January 2021. This left the players and organizers burnt out on the game. Additionally, some matches were not broadcasted on the Twitch channel and instead played in the MGSR discord. This was a necessity due to logistics, but the organizers knew it would be better for future leagues to broadcast all matches on Twitch.

Thanks to the interest of the community, we had enough players to split 4 groups of 4! This allowed an accelerated schedule for round robin and made every match exceptionally important in regards to the playoffs, as only 2 players from each group could advance. Advance planning split the 8 games a week into 2 broadcast days: Saturdays and Mondays.

The groups were announced April 4th with the following seeds based off of leaderboard position.


With a mixture of newcomers and veterans, the league was a go!

“Speedrunning for myself was all fun but having a goal in mind to get better…is a great purpose.”

The beginning of the league saw some very exciting and standout matches. For newcomers to the game, their Week 1 race was the mark for how well they could improve in the next three weeks.

Week 1 saw the introduction of Hau5Test’s wonderful stat tracking spreadsheet, which you can view here! It includes data based off of the results screen, luck, execution on various strategies, among other things.

While the people advancing to the playoffs were mostly settled, that didn’t stop the hype train in Week 3! Multiple players getting personal bests during their races in the final week kept people on the edge of their seats.

Impact on the Category and Community

Before the league began, the fastest time achieved happened in July 2020, with dlimes13’s 1:02:53. The world record steadily decreased, leading to the first 1:01 achieved by me, the first 1:00 achieved by VolcanicAkuma55, to the present where VolcanicAkuma55 breaks the hour barrier! In fact, 9 people achieved faster times than dlimes13’s former world record following the creation of this league. When over a dozen people begin competing intensely, it pushes the category as a whole. Several strategies were developed over the past month, utilizing the quirks of the PC version like the weapon hotkeys.

Perhaps the most inspiring aspect is how someone so fresh to the game can take their gameplay so far and so quickly! VolcanicAkuma55 demonstrates that you do not need to be a veteran at a speedgame to achieve great results.

“It’s very interesting and exciting. I almost feel that racing is easier than going for PBs because I know that I’m going to complete the run and don’t have to worry about resetting or not.”

Just like the MGS2 Very Easy league before, leagues bring the community together. Making prediction bets in the Twitch chat with channel points keeps people glued to their screens, anxiously awaiting the outcome of races! Community members get involved in commentary, creating images, videos, spreadsheets, tools, and resources to push the hobby forward. After all, the hobby can only live with passionate work and engagement, especially with games as old as Metal Gear Solid.

With the league coming to a close, there is plenty of excitement for future MGSR competitive events. Racing provides opportunities for learning new games, developing better strategies, and strengthening community bonds. Races teach speedrunners the value of not resetting runs, a common trap.

“I think races are the best way to improve”

“I would absolutely participate in another MGSR league, this has been really fun and a great experience for me”

Excited for the playoffs? They start Saturday, May 8th @ 6:30 PM Eastern! Watch on our twitch channel!