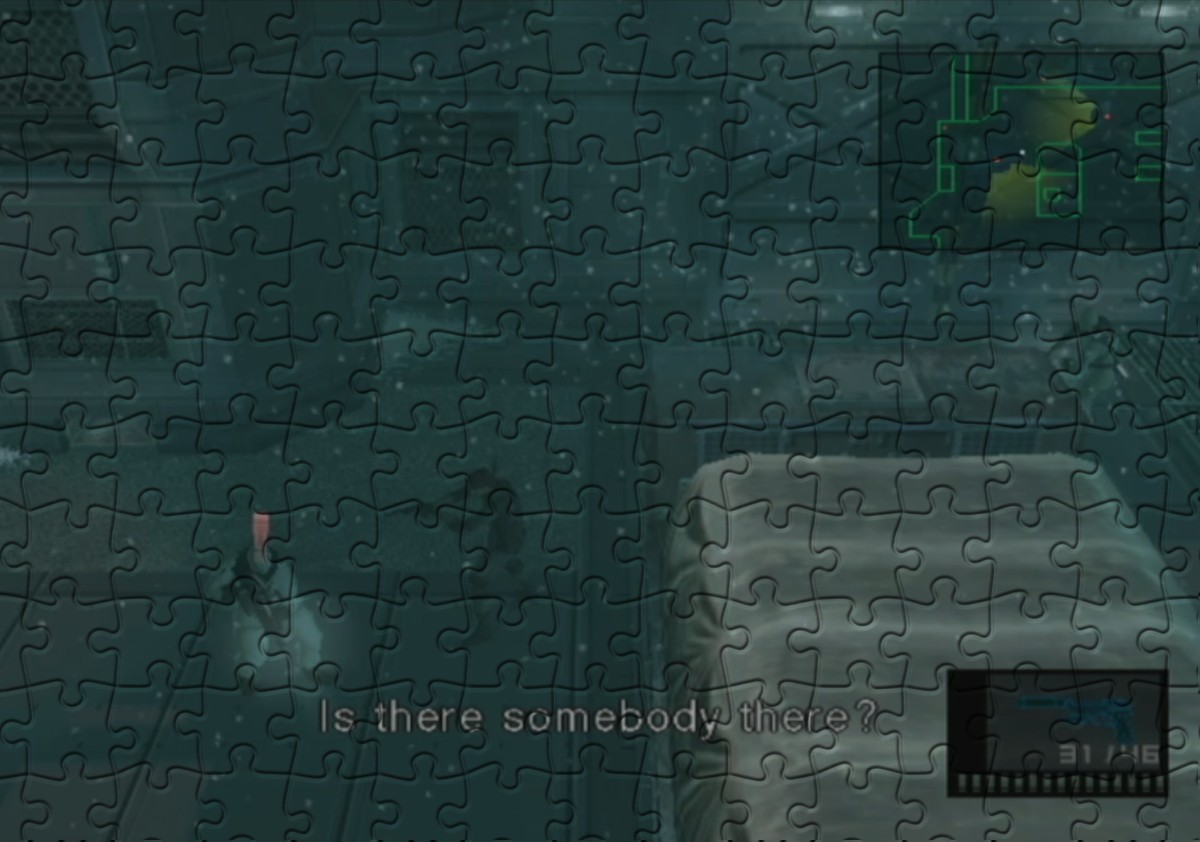 As a kid I had little interest in jigsaw puzzles. Sorting pieces and building an image chunk by chunk seemed tedious and boring. Years later though, I softened on puzzles. Not only does the act of solving feel relaxing, the satisfaction of snapping pieces together is delightful!

Routing a speedrun is like solving a jigsaw puzzle. Instead of physical pieces connecting together, there are areas in a game connecting together. It can get tedious testing each piece, but eventually it can all snap together. Sometimes you need to walk away and let your brain rest before attacking the problem again.

If you don’t know what routing is, it’s making a set of strategies, actions, and orders to complete a game as quickly as possible. No speedgame can develop into maturity without a route.  From an origin point of the preliminary route, speedrunners can poke and prod at that route to improve on it. During my 4 years of speedrunning, I’ve helped in routing many games. Including the preliminary routes for Metal Gear Ac!d 2 New Game, Metal Gear Solid Mobile Any%, and Metal Gear Solid: The Twin Snakes All Dog Tags. Beyond that I’ve made contributions to many other games, some small and some large.

What keeps bringing me back is the satisfaction and magic of routing. I’ll explain why it is so satisfying with a basic overview of the mindset when routing.

While both speedrunning and routing are physical and mental activities, routing leans heavily on the mental aspect. Here are some concepts to consider when routing a game.

1. The goal at any given moment in the game

This seems obvious but a router must think about objectives that must be accomplished. Keeping this in mind will focus your efforts into the ‘chunks’ of the run, rather than becoming overwhelmed by the entirety of the game. Additionally when you think about objectives, you can begin thinking about how to abuse game mechanics to solve objectives in unintended ways.

A recent example from my routing is Metal Gear Solid Mobile. The goal near the end of the game is to pick up the Nikita launcher to blow up sensors. Destroying the sensors remove lasers blocking Snake’s path. Backtracking to pick up the launcher and then using it as intended is very slow, so what can we do to solve the problem without spending time?

Thanks to poor implementation of menuing and how death works, if you cross the lasers and open the menu at the same time, you can heal away the damage the explosions deal to you. This ‘zombifies’ Snake, allowing us to skip the sequence by moving blindly in the room. In the clip below, you can see how the skip works and how fun and exciting it is to find something new!

Video games are a series of systems stacked on top of each other. Such systems include controls, options (both mechanical to the game and strategic to the player), resource economics, and so on. In some games the number of systems are fairly basic, but others can become very complex in terms of luck, probabilities, numeric values for interactions, etc. Often, game mechanics, especially those implemented poorly, can break the game and unlock new possibilities for the router.

Understanding game systems can go to great depths, such as studying the game code and memory values to understand luck and other details. Great advancements can be made by looking at the math and interactions underneath the game’s surface. While not everyone may be the most technically minded router, sometimes messing around with gameplay options can yield great results!

A great example of this is when I accidentally discovered God Mode Exploit in Metal Gear Solid PC. Due to the interaction of two systems – the immediate switching of weapons with weapon hotkeys on the keyboard and the fact that Snake has invincibility frames when going into the PSG1 rifle – we could go out of bounds, break cutscene triggers, and become invulnerable. While it confused me at first, it gave the PC version its own identity and changed my speedrunning career!

Resources broadly speaking are the things you use to complete objectives. For Metal Gear games, some examples include the playable character’s health, ammo/item pickups, and money. Routing must account for these resources and try to make the gameplay as ‘lean’ as possible, cutting out as much excess as necessary to cut down on time.

Given that time is the most valuable resource in both the speed game and life in general, time should be the primary resource considered whenever routing. For example, will going out of the way for a particular item help out in the long term, or do I want to pick it up out of a feeling of need? Sometimes it is not so clear cut, and going out of your way for a resource is a good idea. In Extreme difficulty runs of Metal Gear Solid 2, you will see most runners pick up the body armor after Vamp 1 for safety. Even though it loses some time, the security it provides at the end of the game is valuable.

Thinking about resources gets into the nitty gritty of routing. Sometimes the differences between picking up one thing or another can have major consequences. Other times the differences are so small that it is hard to evaluate whether or not something saves or loses time. While timing by watching video footage can be monotonous, it all leads to a better run.

4. Test everything and assume nothing

We all carry biases and assumptions with us thanks to our life experiences. If you route others games, that experience can help you immensely as you are more used to the art and science of routing. Even so, try to leave your assumptions behind and be open to many possibilities when routing.

This is true whether you are routing a game completely unexplored or a game with years of route development. If you think at face value something is or isn’t worth doing, that can lead you down dead ends. It’s relieving that no matter what you do to test the game, you are learning and gaining general experience. In a way, you are doing a free-form of play within the game, trying whatever that comes to your mind. Even things deemed ‘worthless’ from this testing can one day become essential, as long as you keep documentation of what you did!

To go back to the puzzle analogy, imagine finding a piece you have no idea where it goes in the image. Just because you do not know where it goes, that doesn’t make the piece worthless!

As a follow up to the previous point, other people in the speedrun scene can help immensely in making sure you aren’t missing something and assuming things within the route. As a route increases in complexity, the likelihood you miss something that would help the route increases!

Keeping to our Metal Gear speedrun examples, Coppertank spent a long time routing Metal Gear Ac!d 1 and 2 new game +, no easy feat as they are tactical role playing games. While I did not do any runs or directly play the games to test his route, I would ask him questions and interrogate his routing decisions while he worked. Not only does this make the process more fun, someone holding you to account keeps your perspective fresh. That collaborative energy not only builds better routes, but helps make speedrunning the community effort it is.

6. Routing is more than saving time

People can be intimidated by the process of routing and finding strategies, because they think it’s all been done before and they aren’t creative enough to find time saves. This is far from the truth! Finding strategies that don’t save time over others isn’t a bad thing. Strategies that make a difficult sequence easier and more approachable not only helps with accessibility, it improves the overall knowledge base of a game.

Whenever I create tutorials or teach people games, I try to provide multiple options for the student. It is thanks to routing and investigation that beginner friendly or intermediate strategies exist. Brutal speed isn’t everything, especially when trying to grow a community and build the collaborative spirit that is essential to speedrunning.

The reality is routing never truly ends. While we may think the image in the puzzle is set and solved, sometimes people can break our conception of what the image is and revolutionize it. Even though some of the games we speedrun our decades old, they are still mysteries all these years later. With your curiosity, maybe you can find something that changes the puzzle!

This post was written for the MGSR Blog Royale!

One thought on “The Magic of Routing”