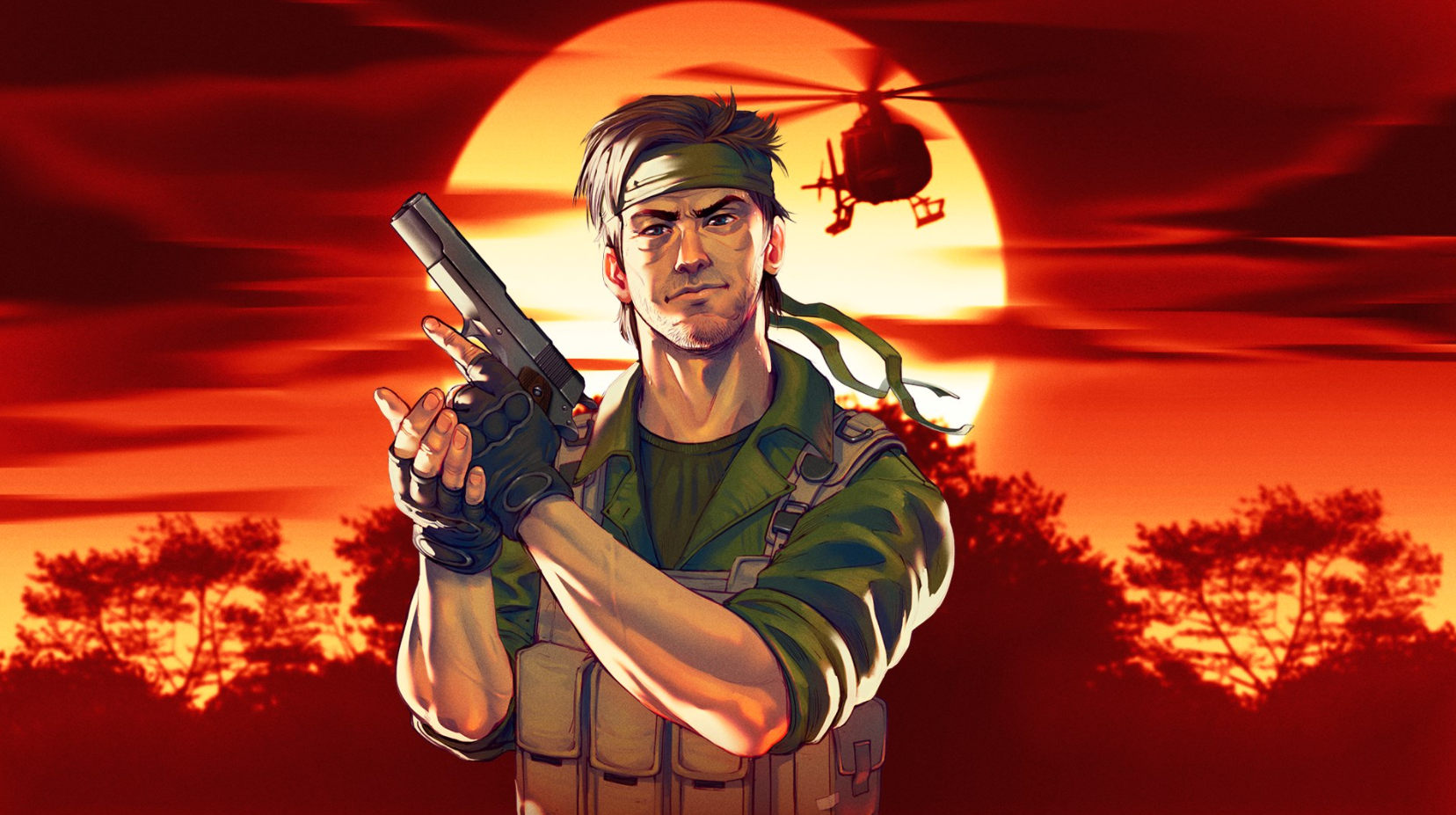 I typically approach new games nowadays with a skeptical eye and low standards. The fact that this game was, at first glance, something that seemed to play like the 2D Metal Gears of old, I figured it deserved a fair chance. It just so happened that as MGSR was asked to do an event in collaboration with the UnMetal developer, some of us were given codes for a pre-release build up to the third chapter. And off we went.

The game is a great example of the term “nostalgia goggles” in an un-ironic way. It took me back to a time in gaming that made me think. The game has plenty of mandatory and optional objectives, and certainly isn’t willing to hold your hand the entire time. The hand-holding or lack there-of, in this case, is something that I wish was more common in games I had picked up as of late. The game will give you an objective, but it’s not always blatantly obvious where that objective is or how to get to it. It reminds me of when I was a kid and had to figure out where the key is to get through that blocked doorway and I didn’t have pre-recorded videos to search through. It certainly gave me a lot more satisfaction when I got through the third chapter I had access to.

As the full release became available to everyone, checking out the rest of the game was obviously a must in my mind by now. At this point I’d laughed so hard at the humor from Jesse’s head that I was trying to predict what his crazy mouth was going to spout next. By Chapter 6, I said to myself, “This dude reminds me of Dad.” My father’s sense of humor is just like this; witty comebacks that’ll make you glare at him and then crack up laughing for 20 minutes. And on more than one occasion I found myself chuckling at some of the stuff that gets said and done due to some of the options the game gives you to choose from. These have an impact on stealth options and gameplay that’ll make you strategize differently depending on the option you choose.

MGSR runner Totorock also had some thoughts and inputs to add; he said, “Gameplay constantly evolves and never leaves you with the same situation along the several chapters (vehicles, stealth, action boss fights), which is a rare quality in modern games”. The gameplay never felt repetitive. It’s safe to say you wouldn’t forget what chapter you’re currently on. They’re all unique and full of curveballs with Jesse’s wit seemingly the only constant. From a speedrunning perspective, the game opens up a multitude of categories thanks to the “Stage Complete” screens listing both experience gained and secrets discovered throughout each level. Achieving “Perfect” for both  can prove to be a fun challenge, especially on the initial playthrough.

One of the things we’ve both come to appreciate is the developer’s willingness to listen to issues we’ve pointed out that made it past the QA testers. Those issues have (at time of writing) mostly been resolved and impressively fast as well, at least on PC. It’s refreshing to see a developer react quickly to issues improving the overall experience whether you’re going to play it once or pick it up as a speedrun, as we have. Detailed patch notes also come accompanied with each update. They are well written and explain what’s been patched in each chapter. So far, the patches have either left the speedrun alone or have improved it as it develops.

SRGTSilent, on the other hand, has been one of a handful of people primarily playing on the console variant of the game. The most notable difference so far has been the length of time in which patches are being released. (A console limitation, and not the fault of the developer.) He has spent a majority of his time with the game glitch hunting as opposed to speedrunning it. Noting that glitches become less frustrating from this perspective and make for a much more interesting and enjoyable experience. However, SRGTSilent’s goal isn’t to bog down the developers with bugs and opinions that don’t impact the overall experience of UnMetal. Since the game’s lower difficulties were centered around Hard, many common thoughts about earlier patches seemed to be that Easy doesn’t feel easy and can feel rather punishing, making certain sections difficult to enjoy.

On Saturday October 16, 2021 at 9AM EST, Metal Gear Speedrunners hosted UnMetal Unleashed in cooperation with Versus Evil featuring over a dozen runners attempting to achieve the fastest time on the MGSR Twitch channel. Proceeds of nearly 600 euros from the event were used to support the charity of UnEpic Fran’s choosing: Fundació Kassumay; a foundation that supports the integral development of the people in Senegal. The event lasted a full 12 hours and featured a final world record time of 49:23 set by Puzon_76. What better way to showcase a brand new 2D stealth game and watch just how far the community has pushed it already? Make sure to subscribe to the MGSR YouTube channel so you don’t miss the highlights.

*Disclaimer(s) this article is a collaborative essay from multiple individuals edited together. Some of those involved in this article had early access to UnMetal prior to the September 28, 2021 launch.

*written by MGSR community member and speedrunner MetalGlennSolid. Check out his Twitter and Twitch channel.
Got an idea for an editorial you’d like to submit for the blog? DM me, MackMcD, in the MGSR Discord and let me know!