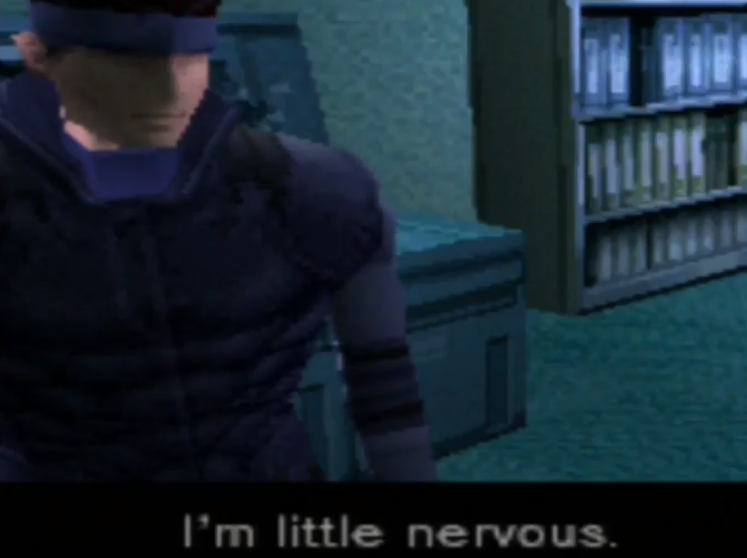 One Friday morning, at 6:40am, I had a Metal Gear Solid 2 speedrun performance scheduled for the ESA (European Speedrunners Assembly) marathon. While much smaller than the number one, it’s the second largest marathon of its kind, both in contributions collected and simultaneous viewers. ESA marathons are essentially the second largest stage that a video game speedrunner can perform on, averaging five-thousand to eight-thousand concurrent viewers.

I had checked my PB splits before submitting and noted that the final hit on Solidus happens at 53 minutes and 41 seconds. I had been running the game rather competitively at the time and was more than confident of completing even the worst run within two minutes of my personal best.

During one of my three total practice runs, world-record holder Dlimes13 was in my chat, and was kind enough to point out something that I should’ve thought of prior; there’s a significant difference between IGT and RTA on the final hit for Solidus. A difference of approximately two minutes. Turns out, my estimate had less than one minute of leeway from the best possible time I’ve ever achieved in the game, and I had been on a speedrunning hiatus for nearly two months.

Luckily, the ESA staff are quite flexible and allowed me to increase my estimate to 57 minutes with very little notice. Still, with several weeks of rust and less than two days to shake it off, the pressure was on.

I had lined up the prolific Metal Gear Solid 2 runner ApacheSmash, as well as Distortion2 as co-commentators. Despite his legendary ‘god-gamer’ status, Distortion knew nothing at all about the MGS2 run. In fact, he had only just played the game casually for the first time ever a few months prior. My idea was this would create an interesting dynamic of one co-commentator asking questions about the run, with the other being able to provide detailed answers. I hadn’t planned on staying silent, but this arrangement meant if I felt I had to focus on the run itself, that I could do so without lengthy periods of silence.

I wake to my usual alarm and find a message from Apache saying he won’t likely be able to commentate due to work obligations. No problem. Obviously I’m also quite familiar with the run, so that question/answer dynamic still works with Distortion2.

I send a message to Dist saying, “Looks like it’s just me and you, dude.”

I’m getting set up with ESA staff and I’ve got a mountain of audio issues. After several attempts to troubleshoot blending audio channels, missing tracks not coming through my speakers, horrible audio levels on both ends and more, I opt to completely reinstall my digital audio mixer to resolve the issues. Luckily, it works. Audio is good to go.

Unfortunately, I no longer have time to warm up.

Still no response from Dist. The tiny moon icon on his Discord profile image tells me what I already know.

I probably should have reminded him the night before. Whoops.

Beckski’s Tomb raider run is wrapping up. There are more than six-thousand people watching. Largest audience of my life. I’m horrendously under practiced, I’ve had zero warm up attempts, I’ve prepared essentially nothing in terms of things to say, and I have no one to help fill the gaps or bounce conversation points off of.

I take a deep breath, the run goes live, and I just do what I do. Play the game well, and narrate what I’m doing. You can see the deep breaths in the first five minutes of the run, but after that, the anxiety fades. I know what I’m doing. I’ve done this literally hundreds of times. Who cares if it’s for ten people, or six-thousand people? Just play the game well, and narrate what you’re doing. Easy.

The run is done. Final time: 56 minutes and 40 seconds. Under estimate.

Despite being under practiced, under prepared, and losing all the backup I had to unforeseen circumstances, I acknowledged the anxiety, and ran through it full speed. The anxiety didn’t stand a chance. Left it in the dust within five minutes. I just did what I do.

Out of curiosity, I check the concurrent viewers immediately after finishing my run:

This isn’t just about speedrunning. This is about you, and that thing you’re afraid to get started on. You know what you’re doing. And the bits you haven’t planned for, you’ll figure them out as you go. Just take a deep breath and go live.

*If you want to see the run in question, you can watch it here. Please note that the giant vein sticking out of my neck through the whole run is not due to anxiety. If you’re unfamiliar with MGS2 speedruns, I’m rapidly button mashing nearly the entire time to skip cutscenes and codec calls.